Are you ditching Facebook for good? Has the latest data breach finally pushed Facebook users to consider deleting their accounts? Like millions of others, I’m a Facebook user. It keeps me connected to family across the country, and the world, but this might be the final straw for me and the ‘Book. Will you delete yours? You might want to. 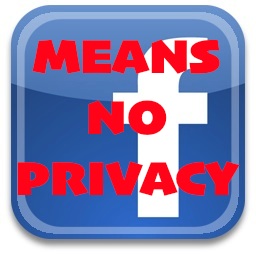 The Breach: What Happened

In an outright violation of Facebook’s privacy terms, UK-based data mining firm Cambridge Analytica obtained data that was harvested from approximately 270,000 people. This was through a Facebook quiz called This is Your Digital Life.

Quiz-takers’ private information was collected, including their interests, location, and affiliations, both personal and political. What’s worse is that even if you didn’t take the quiz, your information could have been mined. Facebook friends of the quizees were also subject to the company’s invasion.

What makes this breach particularly concerning is that Cambridge Analytica, on behalf of the Trump campaign, used illegally obtained personal data of more than 50 million users to target and manipulate political ads and posts.

Mark Zuckerberg, Facebook co-founder and CEO, has admitted to being aware of the breach. He’s promised to clean up FB’s privacy and security issues moving forward, but is it too little too late?

It might be. The #DeleteFacebook movement is gaining traction. People are deleting their accounts, changing their privacy settings, or moving to other social networks. What about you?

Even if you don’t take Facebook quizzes, chances are your personal data is at risk, and you may not even realize it. Using an ATM, connecting to an unsecured WiFi network, and even giving out your email address could put you as risk. If you are concerned about your private data, search for yourself on Kiwi Searches.

Today is the *perfect* day to #DeleteFacebook. pic.twitter.com/dPK49EJ8Cu

If only Facebook would make it just as difficult to misuse my data as it was for me to #Deletefacebook .

Previous ArticleNational Puppy Day: 5 Tips For Bringing Your New Dog HomeNext ArticleHow You Can Prep Your Meals For A Week On A Budget