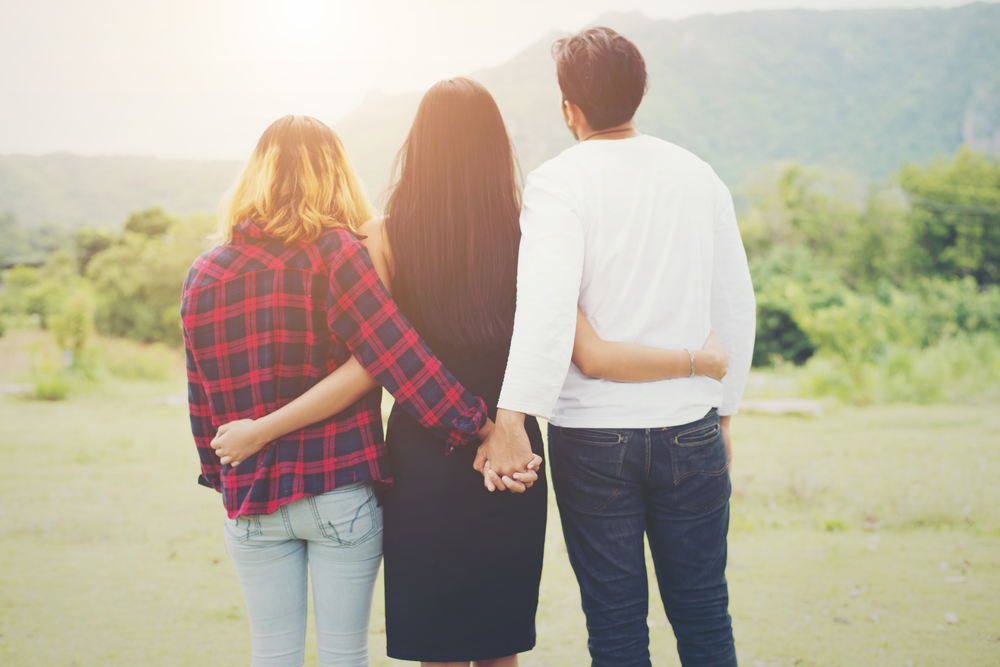 Nowadays, more and more people are looking for relationships that suit their lifestyles. Some of them prefer long distance. While others prefer polyamorous relationships, where they can have more than one romantic partner with the consent of everyone involved.

While they’ve existed for some time now, they’ve only become more common in the past few years. In fact, in a recent study, 1 in 5 Americans revealed that they’ve been in a non-monogamous relationship before. Polyamory isn’t exclusive to any one group, either; all different kinds of people, from all walks of life, are in polyamorous relationships.

How Is Polyamory Different From Cheating?

What sets polyamory apart from infidelity is that it’s ethical non-monogamy. It’s also not the same as polygamy, which is the practice of marrying multiple spouses. Practicing polyamory means dating other people, as long as all of your romantic partners are aware and are okay with it.

When someone cheats on their partner, the lies and deception are sometimes what hurts the most. In polyamorous relationships, the number one priority is that everyone involved knows who is dating who. This means that people will disclose their current relationship statuses, and perhaps even meet each others’ spouses, before entering a relationship. Omitting the truth, or seeing someone else behind your partner’s back, would be cheating. Polyamory, as a whole, is a practice that actively encourages honesty across the board.

But cheating can still happen in polyamorous relationships. The key is open communication. If you and your boyfriend agreed to be poly, but you neglect to tell him that you’ve been going on a few dates with a guy you met at the gym, that’s cheating. Dating someone else without the approval of your partner(s) is not polyamory, plain and simple.

In general, couples usually establish their own ground rules about what they’re comfortable with, and what counts as cheating. Polyamory needs these kind of boundaries, too. Some people like having their partner tell them they’re interested in someone else before they even ask them out. Meanwhile, others want to meet their partner’s other love interest and become friends with them, too.

Usually, if you’re single, you’ll go on a couple of dates with a few different people until you decide to commit to one person. But just because polyamorous people tend to date more than one person, doesn’t mean they aren’t willing to commit. Many of them show the same level of dedication to all of their partners.

On the other hand, hierarchal relationships better suit some people’s lifestyles. For example, they might have a “primary” partner that they live with and may even be married to. Their other significant other, who they might not see as often and don’t plan to move in with, would be their “secondary.” However, there are polyamorous relationships that aren’t “primary” or “secondary” at all. Some poly people like living on their own while dating multiple partners, or even living with all of them in the same house.

V: When one person is dating two different people, but they aren’t dating each other, that’s a “V.” Their mutual partner becomes the “hinge” that connects all three of them.

Triad: When three people are all in a relationship with each other, it’s known as a “triad.” Unlike a V, they’re all romantically involved with every member of the group.

Metamour: A play on the term “paramour,” this refers to the other person that your partner is dating. Some metamours turn out to be great friends, and others simply don’t like each other. But for poly to work, they need to respect each other and their relationships.

Some people are just happier when they’re romantically involved with more than one person. They don’t want to depend on just one person to meet all of their needs. In addition, others like the freedom that comes with polyamory. They no longer have to worry about “what could have been” and can pursue people they’re interested in, while being in a loving relationship with their other partner(s).

The Challenges That Come With It

Relationships can be difficult enough between two people; add in a third, and it can get messy. There can be jealousy, misunderstandings, grudges, and feelings of insecurity. Everyone has different expectations, wants, and desires, but all of their needs should be met.

Splitting time between two or more people can be taxing, too. In fact, many poly people have gotten into the habit of sharing a calendar with all of their partners. Using tools like Google Calendar lets everyone see any and all updates in real-time.

If these issues aren’t addressed and improved upon, the relationship might be doomed to fail. But that’s why people in polyamorous relationships usually work extremely hard to have better communication. Instead of jealousy, their goal is to feel “compersion,” which is feeling happy about your partner’s other romantic relationship(s).

How Do I Know If Polyamory Is For Me?

Polyamory isn’t for everyone, just like how monogamy isn’t, either. And polyamorous relationships are work, sometimes even moreso than many other romantic relationships. A lot of work, actually. But they’re also incredibly rewarding and fulfilling. If you’ve ever thought about opening your relationship, or if you just want to keep an open mind about polyamory, be sure to check out some of these helpful resources to learn more.

Related Post: The Most Popular Dating Apps This Year