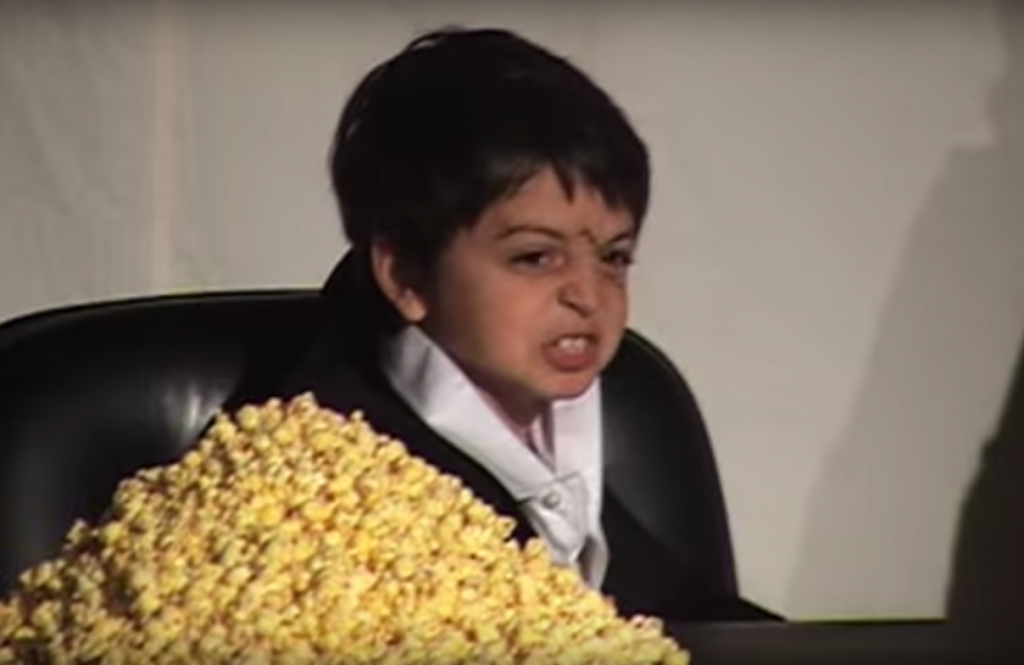 Last week, a tweet went viral of the infamous 1983 crime film Scarface reenacted by children as part of a play. It was originally performed in 2010, but the video didn’t resurface until recently. Since then, it received over 100,000 retweets and 150,000 likes on Twitter.

What school decided that it would be a good idea to do a "Scarface" play?🤣😂🤣😂🤦🏾‍♂️ pic.twitter.com/GOdArbWnQz

The original Twitter user who shared the video called it a “school play.” However, the reenactment was actually a short play directed by Marc Klasfeld and performed in an LA theater. He had received harsh criticism from the likes of Bill O’Reilly and other professionals. But the original YouTube video earned 4.8 million views and almost 10,000 (mostly positive) comments.

The professional child actors in the video (shown below) reenact the final scene of the classic gangster movie involving Tony, Elvira, Manny, and Tony’s sister Gina. Plus, the boy playing Tony Montana says his most famous line: “Say hello to my little friend.”

A mound of popcorn replaced the original mountain of cocaine on Tony’s desk. There were stick figure drawings instead of the security camera footage. A stuffed animal also replaced the tiger.

Needless to say, this performance is “motherfudging” AWESOME.

Watch the video below: