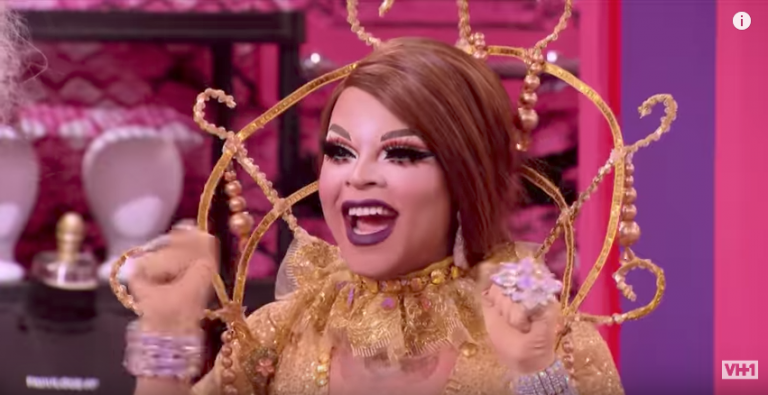 Has there been a more popular meme from RuPaul’s Drag Race than Miss Vanjie? Probably not. She’s been mentioned in nearly every episode of season 10. Even non-Drag Race fans have asked, “Who the heck is Miss Vanjie?” Her influence is far and wide!

Vanessa Vanjie Mateo was the very first contestant to go home on Drag Race season 10. As she sashayed away, she passionately yelled her name, “Miss Vanjie,” three times. Because of her fun personality and memorable exit, she immediately became a fan favorite. So, to celebrate her legacy, we have the best Miss Vanjie memes and GIFs we found across Twitter.

Footage Of The Iconic Moment Itself:

This video of Ru cracking up over robbed winner of season 10 Miss Vanjie has made my night pic.twitter.com/K29iC2DhID

Straight people: “Can someone finally tell us who Miss Vanjie is?”

If you shout “Miss Vanjie” in a room and no one shouts it back you gotta get out of there quick. You are not safe. #MissVanjie @VanessaVanjie pic.twitter.com/RN8wADFV9v

Vanessa Mateo herself has said how much she loves these posts, so keep them coming! It’s definitely a movement that her fans will continue, even when RuPaul’s Drag Race season 10 ends. Although she was the first queen to go home, her legacy will live on. Plus, while other queens have been caught cheating and breaking the rules, she’s walking away with a clean record.

Some past contestants on the show were found in possession of a cell phone, which is a huge violation. By using apps such as a text message spy, they could contact the outside world while they filmed the show. RuPaul’s Drag Race is meant to showcase each queen’s individual talent, not their ability to use Google for inspiration and answers.

Miss Vanjie is a movement *

Is Miss Vanjie one of your favorite memes of 2018? Are there any funny tweets we forgot to include in our list? Tell us in the comments below!