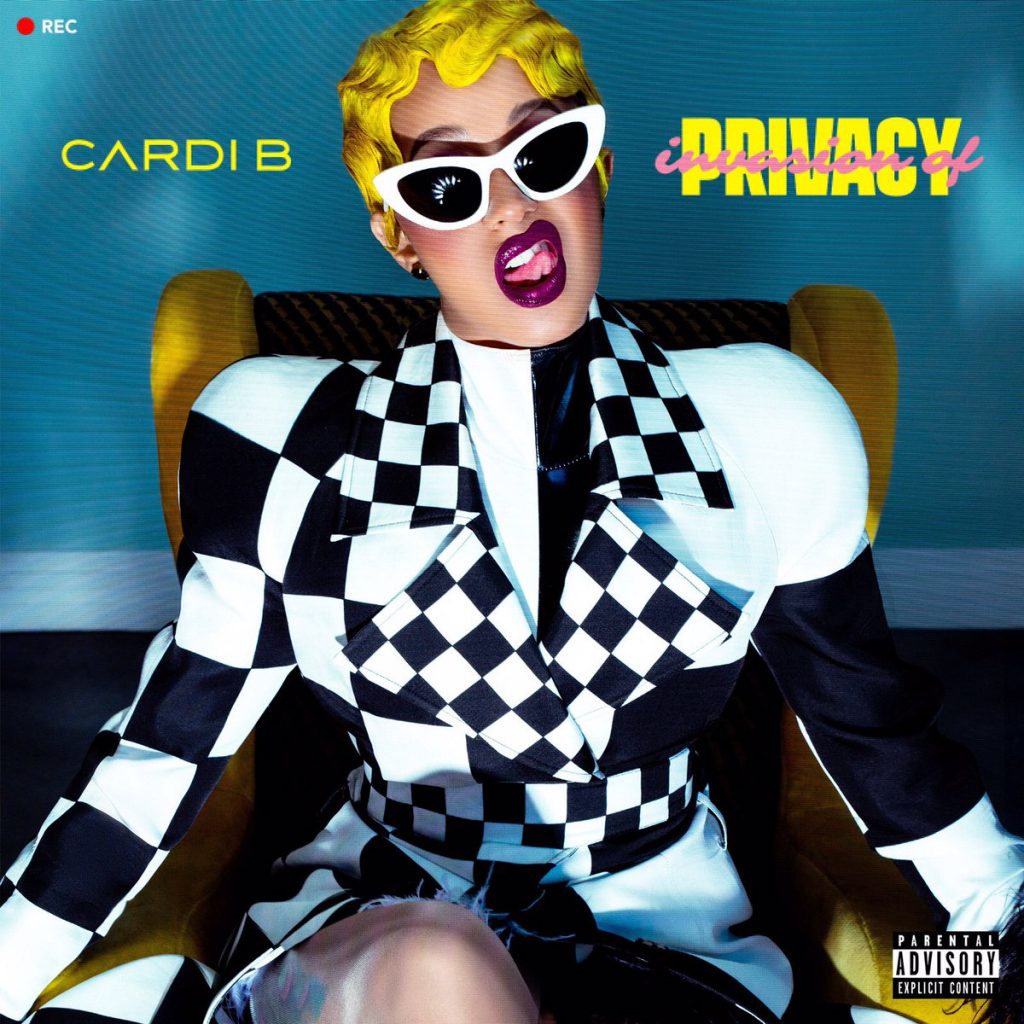 Cardi B, one of the hottest female rappers on the charts right now, is no stranger to drama. She’s had to deal with cheating rumors in the media about her fiancé, Offset, which she addressed in her popular single “Be Careful.” Most recently, Cardi B’s been accused of using a ghostwriter for that very same song. But one thing’s consistent: her tunes always slay. Even though Cardi B has been huge in the music world recently, with three mixtapes under her belt, she’s never actually released a full-length album on a major label until now. Her new album release, Invasion of Privacy, is sure to please pop and rap fans alike.

My first exposure to Cardi B was her banging collaboration with Bruno Mars on the remix of “Finesse.” (Yes, I know I was late to the party.) If you’re one of the few people in America who hasn’t seen the music video, do yourself a favor and watch it now. Thank you, Bruno Mars and Cardi B, for bringing the ’90s back in a huge way. Now she has the chance to show us all what she’s capable of on her own.

To the surprise of everyone, Cardi dropped a new song, “Drip (feat. Migos),” out of nowhere right before the album was released. “Drip” has absolutely zero chill and solidifies her place in the industry as one of the hottest female rappers right now.

Cardi B’s video for Bartier Cardi, directed by Petra Collins, is also a hit. It’s gorgeous, fierce, and fun. Plus, I want every one of her outfits – just saying.

We all knew this highly anticipated album was going to be solid, and Cardi DELIVERS. As usual, her raps are fire. Invasion of Privacy immediately starts off on a high note with “Get Up 10.” The lyrics really show how far she’s come in her personal life, from working as a stripper to being the first in her family to make six figures.

“I Like It feat. Bad Bunny, J Balvin” is the most unique song on the album, in my opinion. It has an interesting retro vibe to that makes it stand out from the other tracks. Meanwhile, “Thru Your Phone” not only drops the name of the album in the lyrics, but it has a surprisingly sad chorus. I’m going to assume it’s about how she caught Offset cheating on her by going through his phone.

While Invasion of Privacy is definitely a good album, it’s not exactly revolutionary. Some of the beats are a little generic at times, but Cardi makes up for it with her talent and strong personality. It’d be a perfect soundtrack for your next party.

One thing a ton of fans are wondering is if Cardi B and Offset broke up. Even though the lyrics of “Be Careful” and “Thru Your Phone” are obvious digs at his infidelity, the engaged couple is still together. Hopefully Offset has learned his lesson. And if not, Cardi B will be sure to read her future husband’s text messages without his phone from time to time, which you can learn more about here.