Gone are the days where pen pals had to endure waiting for days before hearing back from one another, or those times when lovers only got to talk with each other during their scheduled dates. Thanks to various technological advancements and innovations, even the processes of building and nurturing relationships have become much easier. Digital platforms like dating apps, for instance, offer a one-stop venue for users across the globe to meet, connect, and get to know each other on a more personal level. Various third-party messaging apps could significantly help maintain strong and healthy communication.

The thing about online dating though – or any virtual activity for that matter – is you only get to see snippets of the person on the other line’s reality. If you get unlucky, you only get to see their twisted or altered version of their reality. This is probably one of the reasons why more and more online users fall victim to scams. And by scams, we don’t just mean money-involved scams but also those malicious acts where scammers take advantage of their target victims’ emotions, weak spots, or vulnerabilities. Romance scams, for instance, are prevalent in the world of virtual dating. If you are or want to try online dating, read on as we’ll be discussing one of the newest modern dating terms, roaching.

Roaching is one of the newest dating terms, among situationship, love bombing, soft ghosting, cloaking, and various other modern terms. Much noise in the social world is being made for defying several stereotypes and for being overly liberated. This is one of the main reasons for its name – derived from cockroaches (yes, the insects) which are often associated with dirt, fast reproduction capabilities, and quick adaptation to different environments.

So what does roaching someone mean? In a nutshell, this refers to the act of sleeping around with many partners. Yes, it’s more than just adultery or cheating on your partner with someone else because the qualifying factor here is the number of parties involved.

While roaching could be classified as infidelity, it’s not classic emotional infidelity; rather, it’s more about sex – no strings attached. It’s similar to FuBu (fuck buddy) or FWB (friends with benefits) but more simultaneous and ranndom.

That being said, aside from the negative emotional and psychological impacts, there could also be physical adverse effects of roaching. Since an individual who roaches is sleeping with different people – often strangers – they’re more likely to catch sexually transmitted diseases.

6 Signs Someone Is Roaching You 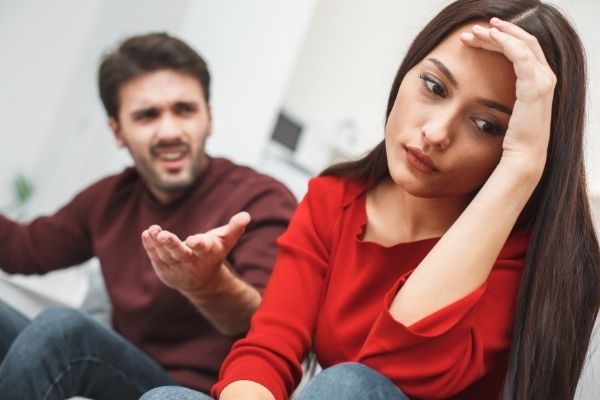 So, what is roaching in today’s dating world? In a way, it’s a manifestation of self-entitlement. An act which likely resulted from trust and/or commitment issues, contentment and/or satisfaction struggles, self-doubts, and/or self pities. Regardless of the reason, roaching is a means that can’t justify the ends in most instances.

Unlike with cockroaches, there’s no quick or instant solution when you get roached. Intentionally or unintentionally, getting caught up in such a mess could mean chaos; for some, it could be fatal. To steer yourself or a loved one away from such self-centered people, here are 6 signs to watch out for especially now that the cuffing season is fast approaching.

When none of your plans are fulfilled frequently, you might want to further check if you just got yourself into roaching. Most people who plan to roach are more likely to jump from one partner to another, making themselves believe they will eventually find better plans; hence, they aren’t sticking with anything. In fact, there are even those who wouldn’t make plans with you at all.

Another reg flag you’re being roached is when you feel like you’re neither chosen nor let go. While it’s possible you can feel genuineness and sincerity, there’s no guarantee you are special and/or ‘the only one’ for them. In fact, this could mean you’re being kept at bay as you’re merely one of the options.

If your date keeps on beating around the bush, it’s probably because they don’t have the intention to reach the supposedly ‘end-goal of your relationship’. And one of the likely reasons why they intentionally don’t want to get off of the bush is because they are busy chasing other stuff while chasing or pursuing you as well.

Most people who just want to roach often clearly and straightforwardly let you know. They would tell you something in the lines of “let’s keep it casual.” They do so to ensure they clearly and visibly establish the boundaries, draw thin lines, and picture the expectations.

While some may be brutally honest about their stand on wanting to keep everything low-key, others simply go about avoiding commitment-related conversations or activities. They’d consciously avoid confrontations in all aspects to ensure they remain in the safe zone – somewhere between not losing you as one of their options and not pursuing the relationship further.

People who plan to only roach another intentionally keep secrets about the other partners or lovers. They always choose to keep you in the shadows just to keep reaping the benefits.

While online dating isn’t all that bad, it’s highly recommended to take precautionary measures especially since there are situations – like roaching – that you could possibly fall victim to. Regardless of your main purposes or end goals, be sure to date sensibly and responsibly.