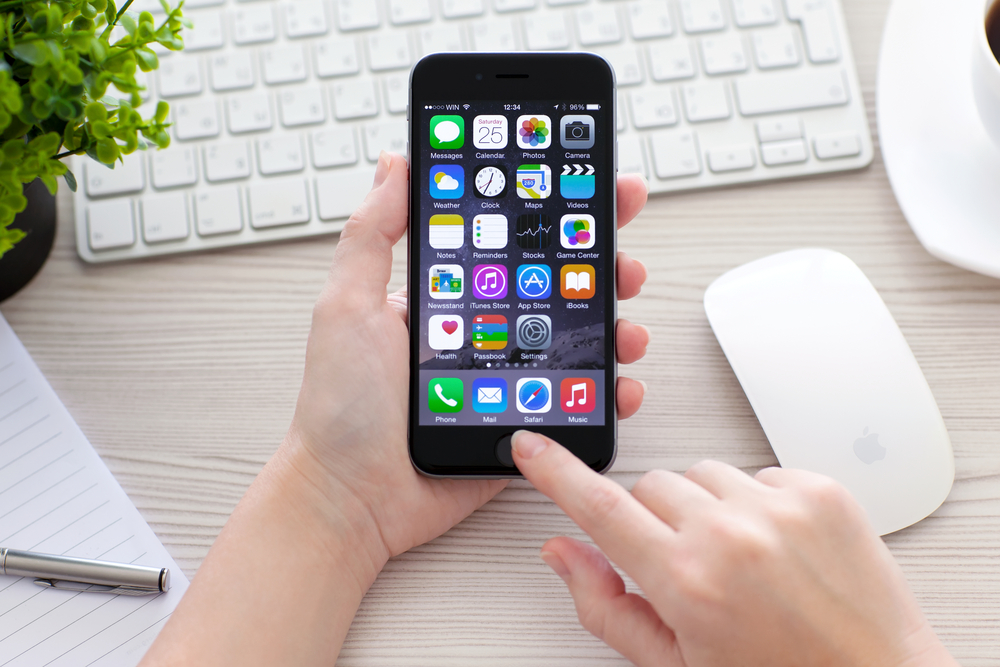 Smartphones, iPhones in particular, have made everything so much more convenient. Since we use our phones for everything, they get cluttered from time to time. If you’ve ever had to pay a tip at a restaurant and just couldn’t find the calculator app, it might be time to do something about it. Just like trying to do some spring cleaning, it can be hard to find the motivation to go in and start organizing. That’s why we’ve made it simple with a few quick, easy ways to organize apps on your iPhone.

How To Organize Apps On Your iPhone In Just A Few Minutes:

With folders, there are endless ways to organize your apps. For example, you can keep all of your Google apps (Gmail, Maps, YouTube, etc.) in one folder. You could also make folders based on the types of apps you have, like “Social Media,” “Texting,” “Calling,” “Photos,” and “Videos.” Go with what makes the most sense to you.

2. Order By Most Frequently Used

Think about which apps you use the most, or at least several times a day. You should make those as accessible as possible. So if you’re used to typing with only one hand, place your most used apps along the bottom or sides of the screen. That way, you won’t need to rotate your phone or use both hands to open them.

3. Place Your Icons Around Your Home Screen Photo

One of the most annoying things about having too many apps is being unable to see your wallpaper. No one wants an icon blocking someone’s face, especially if it’s a treasured family photo or a shot from a once-in-a-lifetime concert. To get around that, arrange your apps in a way that frames your home screen’s image.

4. Use All Of Your Pages And Home Screens

Depending on what type of iPhone you have, you most likely have at least 11 different home screens. Each of those screens supports at least 20 folders, too. So, in short, the organizing possibilities are practically endless! You don’t have to cram all of your apps into only one or two screens. Instead, you can spread them out and save your main home screen for the apps you use the most.

Some of us are more visual. If it’s easier for you to organize apps on your iPhone by their logos, then sort them by color. Coincidentally, a lot of social media apps (such as Facebook, Twitter, Tumblr, Skype, and Twitch) have blue logos. Meanwhile, messaging apps like Messages, FaceTime, Hangouts, WhatsApp, and LINE all use the color green. Your screen will be beautifully color-coded and organized in a way that’s perfect for you.

Life’s too short to be endlessly scrolling through your list of apps. By following these tips and tricks, you’ll find all of your apps as soon as you need them. However, there are some apps that you don’t want to easily find. For example, if you’re monitoring your child or significant other with iPhone spy software, you can rest assured that they can’t detect the app on their phone. So when they reorganize their own apps, there’s no way they’ll be able to find it. This simple feature makes it easier than ever to catch a cheater.

Related Post: These 6 Smartphone Tricks Exist And You Need To Try Them