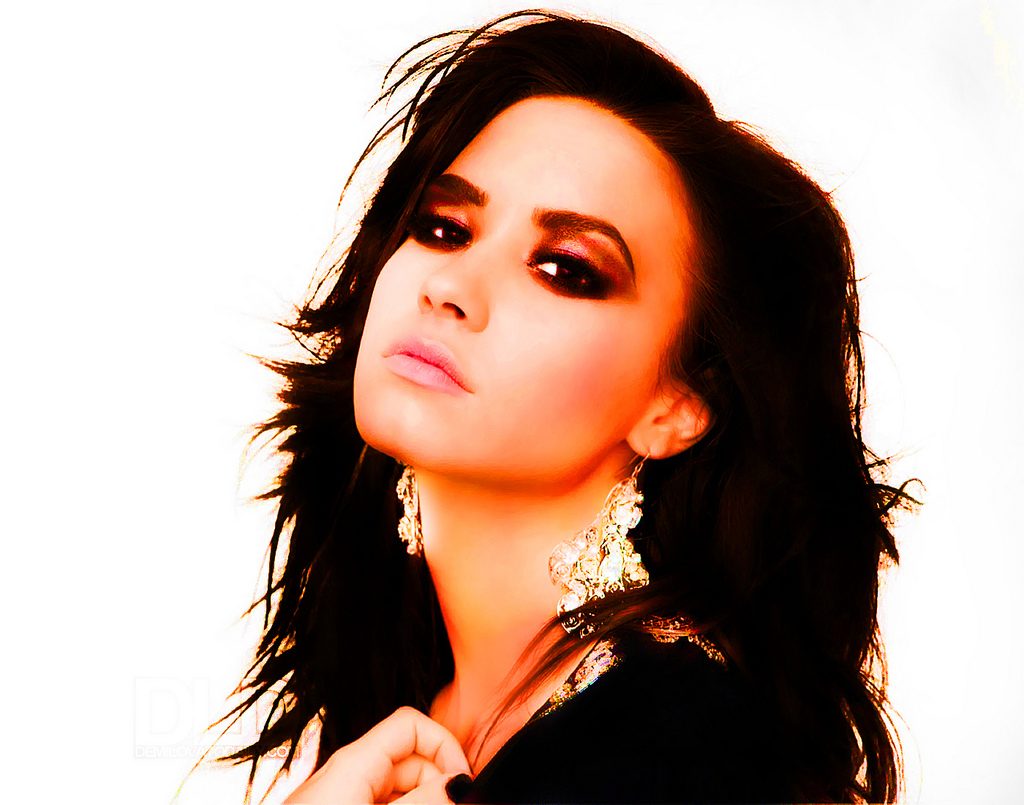 Singer Demi Lovato was rushed to a Los Angeles hospital on Tuesday for a suspected drug overdose. A source told People Magazine that Lovato is now stable, and is surrounded by family. The singer’s representative released a statement after some incorrect information surfaced online. Lovato underwent treatment in 2011 for substance abuse, bipolar disorder, and eating disorders. Shortly after receiving treatment, the star relapsed, she then entered a sober-living facility for a year to get help.

“Demi is awake, and with her family, who want to express thanks to everyone for the love, prayers and support. Some of the information being reported is incorrect and they respectfully ask for privacy, and not speculation, as her health and recovery is the most important thing right now.”

Demi Lovato Has Been Open About Her Battle With Addiction

Over the years, Demi Lovato has battled eating disorders, mental illness, and addiction. This past March 2018, she celebrated being 6 years sober with this comment on Twitter:

Celebrities And Fans Have Been Wishing Her Well

On Twitter, celebrities like Ellen DeGeneres, Ryan Seacrest, and Justin Timberlake are sending their prayers. Along with many fans of Demi Lovato, who are wishing her well. 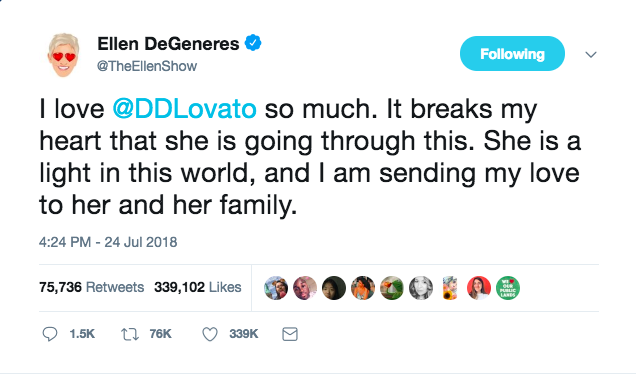 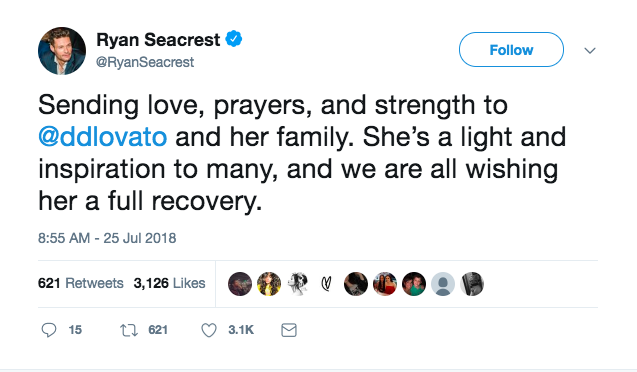 Demi Lovato was reportedly unconscious when picked up by emergency workers at her Hollywood home. The EMTs revived her with Narcan, an emergency medicine which reverses a narcotic overdose. Despite initial reports, the overdose is not heroin-related. It is so heartbreaking to many because Lovato was a hero for recovery, and while her latest release Sober hints at relapse, the Twitterverse champions the singer. Demi’s OD is also a reminder that nobody is perfect, or immune to the pressures society faces. Addiction is an issue prevalent now–maybe more than ever before. It’s important to be aware of what your loved ones and children are into, especially considering that anyone with a cell phone has access to a world parents may not even be aware of. This fear motivates parents to monitor their children’s cell phone activity. This is genuinely an instance where it is better to be safe rather than sorry.

The staff at Grapevine wish Demi and her family well.

You May Also Like: Is Taylor Swift Better As A Blonde Or Redhead?

Previous ArticleTop 5 Summer Dates For 2018Next ArticleHow Do You Define Cheating?