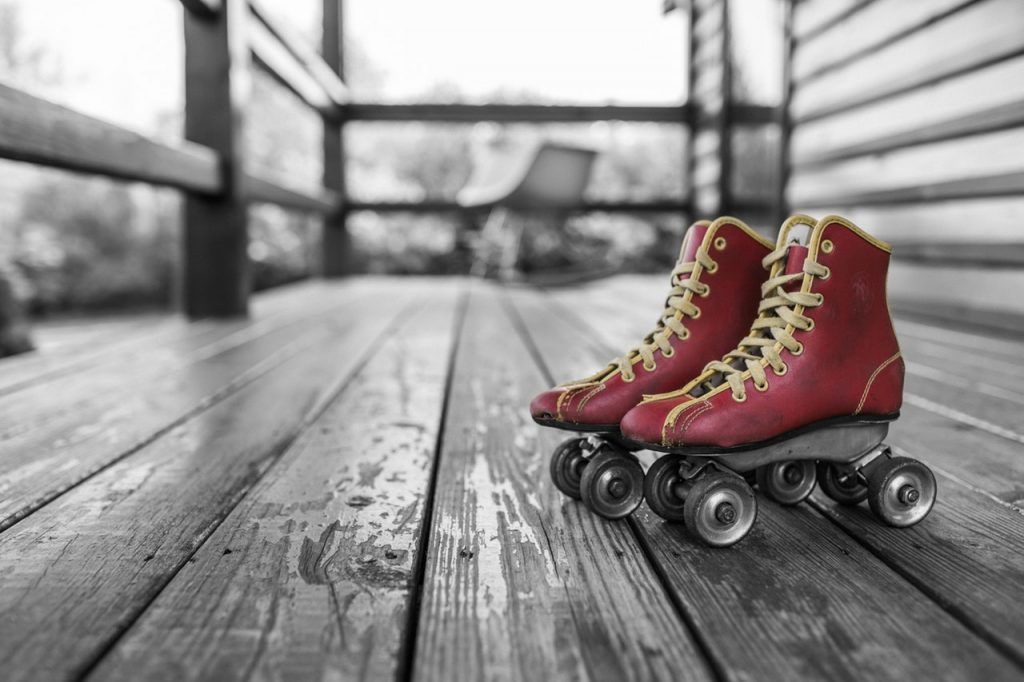 I took a trip down memory lane the other day while strumming through my catalog of favorite songs. I had just transitioned from the Ramone’s “I Wanna Be Sedated” to “Crazy Little Thing Called Love” by Queen. I also like Billy Joel’s music. That rockabilly song hit #1 on the charts when I was about 16 and it was one of the crowd favorites at my local roller rink, which is where I decided to make a move on Maria Petruzzi. Maria was a really pretty girl in my grade.

Super popular and also way out of my league—but incredibly nice. Me? Well, I was just me. I played sax (mediocrely) in the school band, loved art class, and played soccer (which I wasn’t very good at). Really nothing special. So any time I got a chance to see Maria in a class or in the hallway, my heart felt like it was going to explode. So when I saw her one Friday night at the rink—while “Crazy Little Thing Called Love” was playing—I decided to take a chance.

As I (a wobbly pony-boy) neared Maria (a beautiful gazelle-girl) her eyes lit up and I felt my heart literally skip a beat. But as it turned out, her enthusiasm wasn’t for me. It was really for Kurt Martin, the school’s varsity QB, who slid gracefully in between us—eclipsing me completely. Immediately, I tried to reverse myself in order to avoid embarrassment and fell flat on my butt. Thankfully, Maria didn’t see that. She was too wrapped up in whatever Kurt was talking about.

What’s The Point Of This Story, Wayne?

Why am I telling you all this? Well, because love is a crazy little thing and it can make you feel like you have no control over anything in the universe. And guess what? You don’t! This is why you need to check criminal records. So, if you’re experiencing anything like what I did back in the day, quit worrying about it and do what Freddie says. Be cool. Relax. Get hip. And get on those tracks. Even if you or the other person are not ready yet for that crazy little thing called love? You will be…someday.

Wayne Rodgers
Wayne is a full-time writer who specializes in relationships and other issues that affect men. When he is not writing, Wayne enjoys spending time with his family and two dogs in upstate New York. He also loves hiking, playing guitar, and brewing his own beers in his man cave.