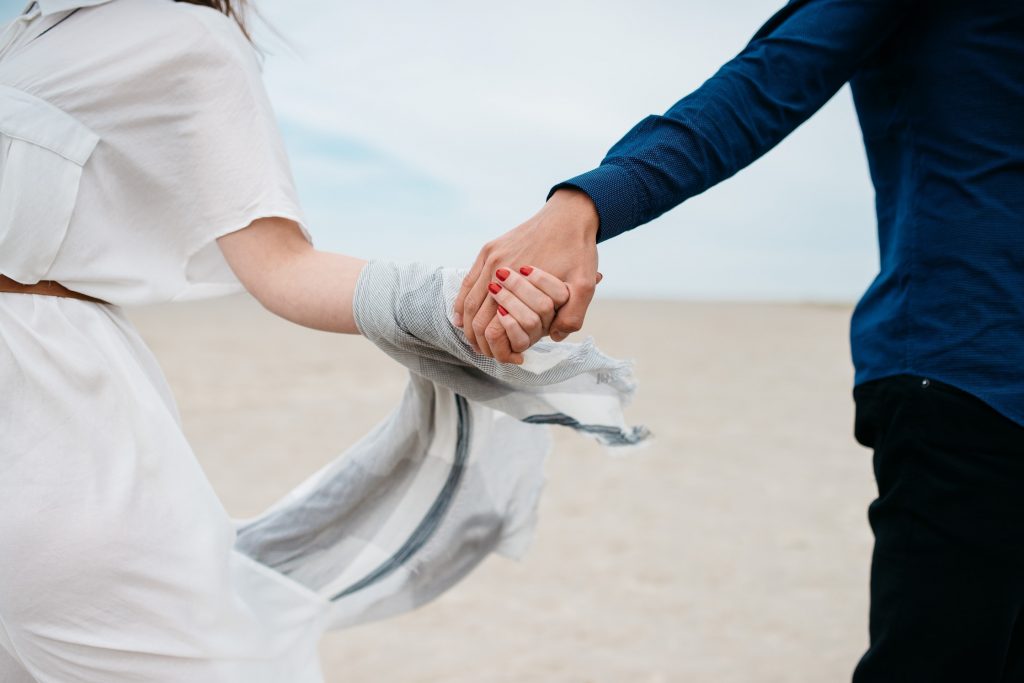 Every year millions of women (and men) are hoping to find a partner that is perfect for them. As a society, we tend to obsess over love, and holidays like Valentine’s Day only validate this. Meaning, if you’re part of the singles club especially as you climb the aging ladder, people tend to look down upon you. Singles that are not married in their 30s or 40s are viewed as having something wrong with them. But that’s a whole other topic, today we are here to discuss how to find Mr. Right.

Thousands upon thousands of books and ebooks are sold online promising that they have the secrets for you to find your perfect match. While some of those tips are useful, they may not work for finding Mr. Right, as every man and person is different. If you truly want a long-term relationship that is based on honesty and not some perfect facade, then keep reading.

As multifaceted people, we experience a range of emotions on any given day. A situation with our family or work could lead us to feel stress and anger. While spending time with friends or enjoying your favorite hobby could lead to immense happiness. When you’re finding Mr. Right, at least in the beginning, show that happy part of yourself with many hobbies and interests. Is your guilty pleasure watching science documentaries or the same movie over and over? Be honest and real, because they will find out the truth eventually.

The times have changed, to most men, having ambition and intelligence is attractive in a woman. And an important quality in a long-term relationship. If you’re looking for a short-term fling I doubt that matters. But that’s not what you’re here for. Besides your ability to make money, it shows that you’re a team player and want a fair and balanced relationship. What man, present-day, wants to be in a relationship where he is 100% responsible for everything. That’s a lot of pressure on one person and a lot of bills. Not only that but it shows that you’re capable of learning about a wide range of topics and have a mind of your own.

Many people strive to be a copy of other people, maybe because they read that men like a certain type of woman. Instead of trying to be like everyone else, have your own interests that may not be so popular. I’m not telling you to pretend to have an interest in something you don’t. But if you do enjoy something out of the box, emphasize it. Stand out from others girls he’s dated before, the two of you are exclusive. In the modern world, many people go on multiple dates before committing due to such a large dating pool. This increases even more in big cities like New York City.

4. Meeting  Someone Through A Friend

Many successful relationships have been made from connections through friends. This is because the guy is already sort of vetted so you feel safer taking that chance. And they probably share similar values to your friend and people they know. Plus, hopefully your friend wouldn’t steer you wrong and would only set you up with someone who would be good for you. If this person is already in your friend group or extended friend group, this would be even more fun during group outings.

5. Find Out If He Wants Kids Or Not

Once you do find Mr. Right, if you’re looking for a serious relationship, you should bring up the topic of whether or not they want kids. Now I wouldn’t bring this up the first few dates, but you don’t want to waste time on someone who doesn’t have similar long-term goals to you. Especially as you get older having children becomes more and more important. However, some people don’t want kids, and that’s ok, but you shouldn’t have to give that up. For many people, this is a deal breaker in a relationship, as it’s difficult to eventually marry a person who differs from you in this way.

6. Have A Realistic Checklist

I’m not talking about those crazy unrealistic ones that no person could every complete. I’m saying a few key traits that you absolutely need from a partner and traits you don’t. This doesn’t have to be a physical on paper checklist, just something you have in the back of your mind. This way if you meet a really attractive guy, you won’t start a relationship with him just based on looks. For example, if you know he is an alcoholic or has abused past girlfriends, you have to stay away from him. Unless you’re not interested in finding Mr. Right.

7. Respect Yourself And Others

People who respect themselves tend to be happier and have more confidence. And they usually treat others more respectfully as well. When a person respects themselves, they feel they deserve to be treated in a kind and fair way. Having that kind of mindset in a relationship will only better it, I know it works for mine. A person with this trait is usually of sound mind and in a good place mentally. Who doesn’t want to be around or in a relationship with someone who is confident with who they are without being arrogant?

Most people are friends with people who are similar to them. Makes sense right? If you’re pursuing a relationship with a man who only has single friends, then maybe he isn’t ready. He may not want to give up that single lifestyle just yet. While that is his choice, that doesn’t mean you should stick around. And if his friends are in relationships with some even getting married, that is a good sign. Not every man is influenced by his friends in terms of relationships. A man could have a friend who is notoriously unfaithful but could be completely loyal in his relationship. So, make assessments but don’t be judgemental.

Only you can know if you’re compatible with someone, emotionally and physically. Unfortunately, you can’t have one without the other, not if you want the relationship to last. Even if someone fits every criteria on your checklist, if there’s no physical chemistry, it will be difficult for partners to continue with the relationship. Something you should find out very soon into dating. You can’t have a successful relationship without compatibility, need I say more?

This isn’t the most exciting thing to do, but you should know who you’re getting into a relationship with. When you’re finding Mr. Right, you also want to protect yourself. A guy may seem perfect on his online dating profile but could have a history of violence or even murder. Instead of relying on the hope that someone is good, you should do a people search free or paid service before things get too serious. Like moving in for instance. Not to mention, if he does have a clear background, you will have peace of mind going forward in the relationship.

Finding Mr. Right is not easy, and there are plenty of Mr. Wrong’s out there. But you may have to put up with a few of them before finding the perfect guy for you. With so many people in this world, in time you will find that person. Remember, based on the energy and attitude you put out into the world, those are the friends and partners you will have in life. If you project negativity, then what do you expect to happen? If you’re a positive and happy person, you will likely be surrounded by that.

You May Also Like: 10 Signs You’re In A Healthy Relationship